Drones: An Overview of the Drone-Powered Surveillance Market 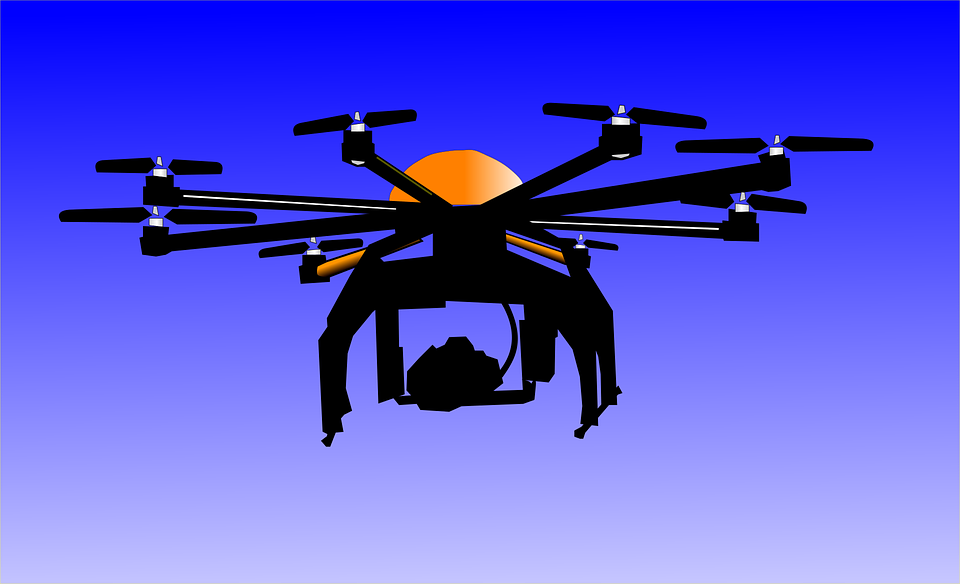 In recent years, drones have become a regular topic on the news and in popular culture. Particularly in the context of military operations and surveillance considerations.

But drones get used for a much wider range of activities, and their potential is almost limitless.

For example, archaeologists use drones to find optimal places to dig for artifacts. They also use thermal imaging cameras attached to drones to gain imagery of buried structures or foundations.

Industries such as journalism, filmmaking, disaster management, and even during rescue operations also use drones widely.

Drones statistics also back up these trends and point to a growing industry. Keep reading to learn more.

Just about every industry could benefit from the application of drone technology in some way. But the military surveillance drones market will continue to make up the most sizable chunk of the market.

Just how big are we talking?

This industry will more than double in revenue, by the year 2023. It will see an impressive compound annual growth rate (CAGR) of 11.96 percent.

In terms of the different types of drones on the market, fixed wings will continue to dominate. Why? Because of the increased application of unmanned aerial vehicles (UAVs) not only in the military but also in commercial and homeland security areas.

As you can see, many of these applications are civilian-based. We can see how far-reaching the implications of this trend are by taking a look at how many drones have been sold in the United States.

By the end of 2017, approximately 1.1 million drones had been sold in the US. And this number has increased to two million. By 2022, drones in America will number nearly 2.5 million.

Besides military and archaeological applications, drones are already improving our lives in many other ways. For example, when UAVs get used above construction sites, they increase safety 55 percent.

What's more, drones already save about 133 lives per year. And we can expect these figures to increase in the future.

Don't believe us? Just consider this. In 2017, drones delivered more than 5,500 units of blood to Rwanda.

Drones also increase efficiency. For example, surveying a 12-acre parcel of land used to take 100 hours. But with a drone, this number gets pared down to just two!

And 1,000 acres of farmland can be inspected in one working day. This capability will help with everything from herd maintenance and crop management to worker safety.

There are also valuable implications for the real estate world. Studies demonstrate that homes with aerial photos taken by drones sell 68 percent faster than competitor properties.

But perhaps most exciting is the projected annual revenue of the drone industry. By 2025, we'll see a stellar drone market share of $82.1 billion. The most significant drone markets include the mining, agriculture, and construction industries.

The Cutting-Edge Pace of Technology

Drones statistics demonstrate that UAVs remain at the forefront of cutting-edge new technologies.

They provide unparalleled capabilities over a wide range of industries. And as technology continues to improve, so will its applications further expand.

Ready for more news from the world of innovation? Browse our blog for the latest and greatest stories emerging from the tech industry.

When it comes to public safety, protecting offenders, and securing the perimeters of correctional facilities, find out how surveillance drones are being used. There are currently over 1.4 million people incarcerated in the United States.

They are held in thousands of correctional facilities and jails. An estimated 440,000 people in the country are employed as correctional officers. They employ a variety of ways to keep an eye on prisoners.

Surveillance drones, cameras, and regular patrols are all ways that security is maintained.

What Are Surveillance Drones?

Drones are becoming a more common sight every year around the country. They have begun to take on many tasks that are both helpful and entertaining. It has become common for cameras to come equipped on drones.

Surveillance drones are designed to keep an eye on or survey things. They usually have more than just cameras. They are often equipped with night vision capabilities and heat sensors. This makes it very difficult to evade detection.

A broad cross-section of the government uses drones equipped for aerial surveillance. They can be useful for anything from securing prisons to monitoring bridges. Police and private interests also use them.

What Are the Advantages to Using Surveillance Drones?

Drones help save lives. By using drones to secure and monitor correctional facilities, it removes the need for Corrections Officers to be exposed. Because the drones provide mobile surveillance, it allows commanders to be updated in real-time.

Surveillance drones not only help protect staff but also inmates.

Having watchful eyes keeping track of activity in a prison means that violence can be detected quickly. This ensures that a timely response by trained officers will arrive. Quick notice and response can be the difference between life and death for both officers and inmates.

It is fairly inexpensive to maintain and operate drones. Unlike their human counterparts, drones don’t need rest or health insurance.

Once you purchase a drone, keeping them operational is inexpensive. They don’t require time off or a work-life balance.

Securing a perimeter with aerial surveillance is more effective. Drones can ignore many of the line of sight issues experienced by watching officers. When equipped with heat sensors, drones can even ignore a lot of overhead cover.

The ability of a drone to loiter in an area is greater than even helicopters. Drones do not need expensive fuel and ground crews to stay functioning. With organized deployment, drones can keep a continuous watch over any area.

The flexibility and mobility of the surveillance offered by drones are unparalleled.

A Technology with Incredible Potential

Law enforcement and some prison systems already use drones extensively. In every case, they report improved situational awareness. Drones can also search over areas far quicker and more efficiently than people.

Surveillance drones are even excellent at finding lost children and people.

Having a security solution from a trusted company is important. Soliton Systems has a long record of providing technology-driven solutions for government and civilian interests.

To protect lives and public safety, surveillance drones are essential. They can conduct operations for a fraction of the cost. There is no need to put people in danger and risk breaches of security.

With over 100,000 flights occurring in our airports each day, explore how drone surveillance is implemented into airport security strategies.Many new technologies of late have given both powerful tools and major concerns. Drone surveillance is high on that list.

Drones can be a potent tool with its proper uses. They provide an eye in hard to reach places and an automated presence where others cannot go.

They can also be a security issue in the wrong hands. This is why airport security has had a heavy focus on drones of late, in both a positive and a negative fashion.

The Uses of Drone Surveillance

Drones are one of many mobile surveillance products out on the market today. They provide a remote eye and presence that can help monitor hard to reach places.

In a slow but steady pace, more and more airports and similar facilities have put drones out for a variety of uses. They are more resistant to cold weather and are more mobile than any employee. It makes tasks like the following easier.

Airplanes are not fragile equipment, but given how important safety and security is when flying so high in the air, you need to deal with any potential disruption.

Animals don't understand the importance of security and can be a threat to planes. Birds and other animals may build nests or wander into important areas like airplane turbines.

Drones can help keep an eye out for these animals, checking small or higher up places for animals that may cause trouble.

As well as searching for animals, a drone can maneuver around a plane with ease. This means that drones can help speed up aircraft inspections, checking every angle of the plane, both top, and bottom.

Drones can also check the state of the runways to ensure that there are no cracks, ice slicks, or obstructions to stop the plane from taking off.

Outside of the planes, there is an entire airport premise to watch. This can be anything from unauthorized personnel near the airplanes to non-airport drones.

As with the animals, any disruption can be serious, so drones give an eye against potential threats where humans may have trouble reaching.

There has been a major increase in concern over unauthorized drones entering airport space. An unknown drone can cause a massive amount of damage if left unchecked.

Most technologies can be dangerous if misused. Civilian drones threaten to cause a lot of damage to airports in a variety of ways, though most of it is concern over drone impact.

1. The Dangers of Drone Impact

Anything impacting a plane can cause major damage to the integrity of the flight. Even a single dent can be cause for concern as it can have untold impacts on the ability to fly the plane.

When civilians fly their drones into airport space, they can impact a plane attempting takeoff. Since drones can be hard to spot, it may be too late to stop them from impacting a plane that can cause fatalities and massive damage.

To combat the danger of using unauthorized drones around airports, many government officials have pleaded for higher education and stricter codes and punishments.

Many officials urge civilians to keep their drones far away from any airport. Even the slightest concern over a nearby drone can ground a plane due to the danger that that drone poses.

Anti-drone equipment is being introduced in airports to combat this.

The Future of Mobile Surveillance

Drone surveillance is shaping up to be a useful tool. Outside of the dangers of misuse of drones, the benefit they give can be astronomical. As with all technology, respect and professionalism are important.

We here at Soliton Systems pride ourselves in crafting the best in Mobile Surveillance. We provide a potent service and products for a wide number of areas. Contact us today for more information on how our drones can work for you.